A wedding set in tony Scottsdale and a vicious gossip columnist set the stage for a story that is a biting, comical satire of a sometimes cruel and ofttimes frivolous lifestyle. People with too much money live in a place that is too hot and develop a community obsession with one-upping each other. Amid all this, our heroine, Jean Rubin, carries on her multi-tasked and over-stressed life creating a fast-paced and hilarious romp through the absurdities of life. This is a very funny and thought-provoking book.

This book is the first in a series of 3 – the 2nd is Boomerang and her latest and 3rd in the series is the newly published…Stressed In Scottsdale and they are a real “HOOT” – great read and would recommend to anyone who has a sense of humor and needs a great laugh.
— G. Pitts

Fine presents a breezy slice of life through Jean Rubin. As Rubin navigates her demanding family, life in Scottsdale reveals its own obstacles. She learns how to achieve serenity with some major shifts in attitude and firm choices. Side-splitting fun!
—Gail Fisher, columnist and author

Award-winning author, Marcia Fine has written seven novels. A lifelong learner with a penchant for humor and adventure, she has written the only satirical series about Scottsdale. Award-winning author and speaker Marcia Fine has also written THE BLIND EYE–A Sephardic Journey, historical fiction chosen by the state library of Arizona for ONEBOOKAZ 2015. PAPER CHILDREN–AnImmigrant’s Legacy has been a finalist for three national prizes. PARIS LAMB, her sixth novel, deals with anti-Semitism in the 1950s. Her next novel, HIDDEN ONES released in 2017, examines conversos in Mexico during the Inquisition. Marcia has a BA from Florida State University and a Masters from Arizona StateUniversity. 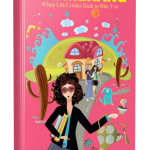 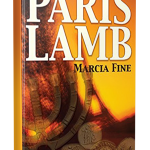