A Veil Of Memories

A grandmother is in an Inquisition prison suspected of secretly practicing Judaism. Officials search and burn every soul not devoted to the Church suspect the whole family is involved in this heresy.
Hidden Ones is a story about a granddaughter on the verge of womanhood living in a city on the North American continent that has turned against them. The family embarks on a perilous adventure from another era not unlike the immigrant journeys of today.
Can they run without their precious abuela? This tale shines a bright light on the hidden Crespin family in their attempt to survive in 17th century Mexico when most of the Americas were ruled by Spain.

Hidden Ones is a compelling and often sensuous portrait of brave individuals who fought to preserve their traditions.

In Marcia Fine’s captivating Hidden Ones, a family of conversos battle to maintain their traditions under the ever-ferocious eye of the Catholic Inquisition, resulting in a tense and inspiring picture of faith under fire.

Evocative images capture life in seventeenth-century Mexico, from deprivations to pleasure: “It is a small rebellion to feel the gossamer fabric against my skin, the wings of a butterfly grazing my torso.” In similar fashion, lines turn Jewish traditions over and around to make a reverent catalog of their contours: the warm light of Shabbat, the preciousness of holy books, the cleansing waters of the mikvah, the lusciousness of kashrut cooking. Yet this championing of tradition also contains reminders of the dangers that Jewish practice held for conversos living under the malicious gaze of Church authorities; the text maintains this tension well. Hard decisions–between fleeing and waiting out dangers, between confessing and remaining stoic–are expertly plotted, and “right” decisions remain ever elusive. The jealous avarice and perspicacity of Church authorities is an ever-present factor in the text and is rendered with quiet skill. Villains may drive the story, but they are not allowed to own it–“history will judge you [and] your lack of empathy…God will judge you,” a resigned Clara tells the Inquisitors–and there is power in that narrative choice. Important historical details are sometimes an awkward fit in the family’s dialogue, but they also serve to provide needed context for their struggles. Final chapters are a rush toward a hopeful future, breaking with the terse years of Clara’s imprisonment, but they also add colorful new perspective. Hidden Ones is a compelling and often sensuous portrait of brave individuals who fought to preserve their traditions, even in times of great distress or across generations of persecution.
–Michelle Anne Schingler, Forward Reviews – Five Stars

Hidden Ones is a compelling historical novel that delves into the often forgotten Spanish Inquisition against the Jews that took place in the Americas in the 17th century. Drawing from the grim details and brutal particularities of this haunting space of Anti-Semiticoppression, cruelty, and dogma, it crafts a narrative– despite all of these hardships– of spiritual and physical overcoming. Author Marcia Fine, utilizing a deep knowledge of the historical period and her facility for dramatic imagery and poetic urgency, presents a world both foreign and troublingly familiar– an evocative and gripping corollary to the wickedness enacted in the contemporary Americas, but so steeped in cultural and epochal verisimilitude as to allow a level of distance and perspective, creating an allegorical, almost metaphysical, opening that draws the reader into the story of this Mexican-Jewish family with enviable immediacy. Hidden Ones touches on the themes of suffering and perseverance through its nuanced language and dynamic characters, offering difficult questions and inspiring answers with grace, poetry, and truth. I highly recommend this book.
—Charles Asher, Phi Beta Kappa Reviews

“Fine writes well, bringing the Crespins alive in speech and circumstance that
reflect their social status as proudly prosperous (At one point, Celendaria’s mother asserts: “We must be resilient and survive as our forefathers did when they were driven from our ancient lands in Israel, Spain, Portugal, Brazil, and Peru”). Surely the Inquisitors are among the greatest villains in history, second only, for Jews, to Hitler. But then readers will likely realize that in the best interpretation of this horror, the Inquisitors felt that they were doing God’s will, which should give everyone pause. Fine is a serious scholar of the persecution of Sephardic Jews, and the details in this book are impressive and edifying.
A superb read about the sufferings of a crypto-Jewish matriarch in the 17th century.”
—Kirkus Indie Review

What a bright light this tale shines on the current immigration crises ‘round the world! Unwanted, hidden, yet intelligent and caring, the Crespin family attempt to survive in 17thcentury Mexico when the Inquisition is searching out (and burning) every soul not devoted to the Church.
—Diana Howie, playwright, historical dramas about William Shakespeare, Alexander Hamilton and Sam Houston

Every synagogue Men’s Club/Brotherhood, Women’s Club/Sisterhood, Hadassah and Brandeis group ought to be inviting Marcia Fine to be a program at their meetings!  Ashkenazim need to learn of another great Jewish civilization where Ladino was spoken rather than Yiddish, music was more reminiscent of flamenco than klezmer and the Iberian Coast was the center of life rather than the North Sea. She assists us in hearing voices across the centuries to the present.  A talented artist, she paints pictures with her words that are so vivid, they bring to life a time that North American Ashkenazim, Jews of Eastern European descent, have too infrequently encountered. She is an educator, tour guide, craftswoman and artisan all rolled into one!
—Rabbi Merrill Shapiro, Jewish Historical Society, St. Augustine, Florida

“I have written this novel to show the depth and breadth of the Inquisition in the Americas. Many of the characters are real like Hernando Alonso, who was the first Jew to arrive in Mexico with Hernán Cortez in 1521; Tomas Trevino de Sobremonte, who was the only one burned alive in the auto-de-fé of 1649 who refused to reconcile with the church, and the Inquisitor Dr. Juan Saenz de Mañzoca, a very cruel man. Others are the ordinary people who survived under difficult circumstances. I want to tell their story.” – Marcia Fine

From the Back Cover

A grandmother waits in an inquisition prison while officials search and burn every soul not devoted to the Church. With a granddaughter on the verge of becoming a woman, a perilous adventure story from 17th century Mexico unfolds to teach lessons about courage and faith.

Marcia Fine is an award-winning author of seven novels. An exceptional scholar of the Sephardic Diaspora, she lectures internationally about a people who were chased around the world for almost 400 years while keeping their faith alive. 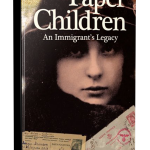 (PRE-ORDER) Love and Death in RhodesBooks