Rhodes: An Island Where Archaeology and Biblical History Meet

A trip to the island of Rhodes with Dr. Richard Freund’s archaeology team brought me closer to the history I am writing about for my 8th novel. Against the backdrop of the 75th Commemoration of the Holocaust, hundreds with family roots showed up to pay their respects. There were ceremonies in the landmark Kahal Shalom synagogue as well as a catamaran ride to the cemetery in Kos, another smaller island. The Grand Rabbi of Athens presided over the ceremonies. He is neither Ashkenazi or Sephardic, but a Romaniote, Jews who were in Rome from the beginning of time. Quite a lineage!

With a long history of conquerors, Rhodes was invaded by Persians, Romans, Greeks, Ottomans, Arabs, Byzantines and the Knights of the Hospitaller in the 1300s who erected the medieval walls that cloister the Old City. In modern times the Italians and Nazis were occupiers. Jews have had a presence on the island where the Mediterranean and Aegean seas meet for 2400 years. That makes for many ruins, moats, Gothic arches, mosaics and interesting architecture on an island of exceptional beauty.

LOVE and DEATH in RHODES—A Novella of Biblical Proportions will be published in early 2020. 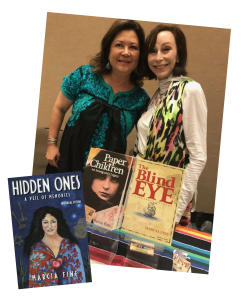 You will be the first to know!

In early July I attended the Society of Crypto-Judaic Studies in Denver, CO with scholars from all the world. The event was jam-packed with music, art and interesting papers. Mine was entitled: “Conversos Survival in Mexico and the Southwest Territories: Syncretism and Assimilation in the 17th Century.”

It may sound like a fancy title; however, I presented examples of how people who were forced to live a different faith held on to their own belief system. Some created “Saint Esther” or worshiped Mary while others joined the Brothers Penitentes, a sect in northern New Mexico who met in chapter houses. Yes, I find it fascinating to learn how people believed in two religions at the same time. It’s the essence of HIDDEN ONES, my latest novel about the Mexican Inquisition. The compelling story of the Crespin clan fleeing north, similar to immigration routes today, has garnered five First Place Awards in Historical Fiction and Multiculturalism, including the coveted Women Writing the West award of Best Softcover Book awarded by scholars and librarians.

“The story of the Jewish community of Rhodes is one of the most dramatic and tragic tales of history and the Holocaust. Marcia Fine weaves this history with compelling characters that span thousands of years and will keep you on the edge of your seat waiting to see how it turns out!”
Dr. Richard A. Freund
Bertram and Gladys Aaron Professor of Jewish Studies
Christopher Newport University

Recommended Books for reading when it’s time to curl up with a good book!

I loved all of these because they are great plots and written with style.

An American Wife by Curtis Sittenfeld (a sympathetic story of Laura Bush before she married)
The Heirs by Susan Reiger (a fascinating exploration of what happens to the inheritance of a woman with five sons)
The Neopolitan Series by Elena Ferrante (Also, a PBS series, My Brilliant Friend, that inspired me to read the books of this mysterious author)
All the Lives We Never Lived by Anuranda Roy ( based on the real Walter Spies, an arist who resided on Bali; a mother makes a decision)
Hum If You Don’t Know the Words by Bianca Marais (a visit to South Africa written from two women’s points of view) 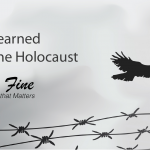 How I Learned about the HolocaustHistory 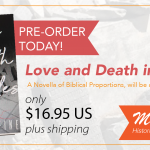 Rhodes, An Island of ParadiseHistory