1. Paula, you have a varied background, including a Phd. in psychology. What is your area of expertise?

As a psychology graduate student, I combined psychophysiology with clinical psych, which led me into the application of mind-body research, the meaning of psycho-physiology.  This became known as “biofeedback.” While in graduate school at the University of New Mexico, I also did some research in cultural diversity and its manifestation in standardized psychological testing.

2. How did your journey through the mind lead you to write two books of acclaimed poetry? What was the impetus to put your thoughts on paper?

I’ve always loved to read. As an elementary school kid, I was already at the Pittsburgh Public Library reading classics. I loved Dickens.  For that reason, I choose a liberal arts college which was known for creative arts, Antioch College. But I did not have time to devote to creative writing until I retired.

3. I saw the documentary film you conceived and produced, “Challah Rising in the Desert: The Jews of New Mexico.” It’s a wonderful story about the history of the people who migrated to the desert in five waves of settlements, including escaping the Inquisition, German-Jewish pioneers, scientists in the 1940s and the counterculture of the 1960s. What compelled you to tell this story? 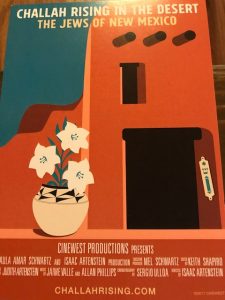 About four years ago, when I was President of the New Mexico Jewish Historical Society, I had a conversation with colleagues about “telling” New Mexico’s diverse story, which was virtually unknown outside the state, and even to its residents.  A few nights later I woke up from a dream with the image of a five- strand-braided challah as the perfect metaphor for telling New Mexico’s story.

4. Challah is the braided bread Jews make and eat on the Sabbath. What is the imagery behind the challahin the film?

There are many reason for the three, five or seven strands of the traditional challah.  What I was taught was that three was the weekly Shabbat or Sabbath braid, five was for ceremonial occasions like weddings, bar or bat mitzvah, and holidays, and seven was reserved for the Jubilee year. The braid itself, spoke to me as the inter-connectedness of the streams of our unique population.

5. You are an aware, visual person. Where does your inspiration for projects come from?

I could write another thesis on the nature of the creative process.  I will often wake in the middle of the night, get up, write a poem, go back to sleep, and when I wake up and read what I’ve written, wonder where it came from.  The first draft of the idea for Challah Rising in the Desert: The Jews of New Mexico was like that.

6. How did a denizen of Pittsburg find her way to the desert?

After attending Antioch, I was looking at graduate schools, and someone said, Have you thought about New Mexico?  It sounded exotic and interesting, had an excellent Psychology Department, so off I went to New Mexico.

7. Your husband, Mel, has been a great supporter of your creative efforts. What has that meant to you?

First of all, let me say that a project like this film could not have happened without Mel; his support, encouragement, belief and love.  In addition, Challah Rising could not have happened without a fine film maker like Isaac Artenstein, Director and Co-producer.  Isaac has been fascinated with New Mexico and the Jewish southwest, had spoken with people about making such a film, and responded immediately when I sent him a description of the project.  We were a natural team and worked very well together.

8. You and Mel have traveled the world together. What is the culture that interested you the most and what did you learn?

When Mel and I married, Mel had done a lot of cruise travel  I preferred adventure travel. Our compromise was small ship adventure travel to remote parts of the world.  It has taken us to Papua New Guinea, Timbuktu, Nepal and Bhutan. We’ve made our way up river on the Amazon and the Sepik, we’ve kayaked the waters of Alaska, Madagascar and Tanzania, hiked the Himalayas and walked the sand dunes of Namibia. 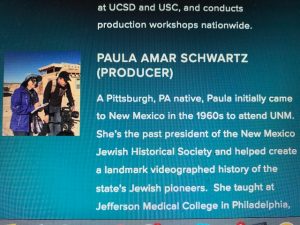 Each place is unique, special and charmed.  It’s hard for me to favor one over another. Having said that, I would single out Bhutan because of its isolation, high level of education and it’s “gross national happiness index” rather than a gross national product. I would also have to mention spending time in Japan visiting Zen Temples and Monasteries, and studying Chinese Traditional Medicine in Hangzhou, China.

9. Can you share what are you working on now?

When we finished the film, Challah Rising in the Desert, I had a hunch it might not be the whole enchilada.  Film maker Isaac Artenstein and I are now engaged in a new project, The Long Journey: The Hidden Jews of the Southwest.  It will be a feature length documentary focused on the conversos or hidden Jews, who were expelled from Spain in 1492, some of whose descendants are only now, through genetics and DNA, finding out their background, struggling with the issues of family loyalties, spiritual paths, religious traditions and related issues of meaning and identity.

I began work on a family genealogy some years ago, tracking my mother’s family from Hungary to the United States.  I will be traveling in Hungary this summer researching the family origins in Sarkad and Debrecen, and searching for records, survivors or remnants of their history. Depending on what I find, I hope to write either memoir or a novel telling their story.

There are enough new poems to gather into a third book of poetry, working title, Journey to the Center of the Universe.  I’ve also submitted some of the new poetry to contests.  Stay tuned.

Thank you, Paula, for sharing! 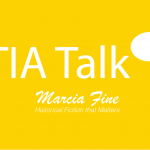 What Is a TIA Talk?Professional Speaking 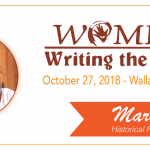 Women Writing in the WestProfessional Speaking